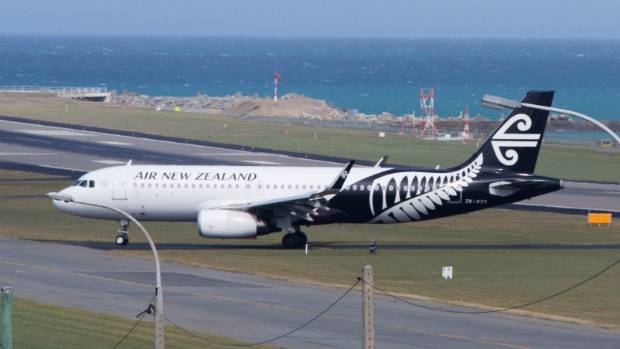 There’s no money to build the runway extension at Wellington.

OPINION: Last Sunday in Beijing, Wellington Airport signed a Memorandum of Understanding (MOU) with a Chinese construction company and the China Express airline.

Hallelujah! Wellington has the world’s biggest construction company to help extend its runway so millions of tourists can flood into Wellington.

The parties will apparently work together on the extension, develop the airport area and market Wellington as a destination. Yet as Scoop website reminded us last week, our council signed a similar MOU with a different Chinese construction company in 2015.

And remember the MOU that Celia Wade-Brown signed in China to build that lovely Chinese Garden that currently sits in Frank Kitts Park? Oops – what a civic embarrassment that has been. I’m sure there must be an old Chinese proverb about Wellington mayors who rashly sign MOUs ending up with gravel rash at election time.

But there’s just one minor problem with the plethora of  memorandums that have been flowing out of China like the Yangtze. There’s no bloody money to build the runway extension.

Most of the city’s Councillors, as well as many citizens, see no need for it. MOUs are not worth the paper they are written on if there’s no money involved. They are Purex memorandums.

In the past, central government has been uninterested in funding the runway extension. Steven Joyce rightly asked why taxpayers and ratepayers should throw more than $300 million at an asset mainly owned by a private company that makes over $600m profit a year.

Will Jacinda Ardern’s belief that climate change is her generation’s nuclear free moment cause her Government to fund a runway extension, currently held up by legal action from pilots, which will greatly increase emissions? I don’t think so.

And despite the mayor, council chief executive and Wreda (Wellington’s Really Expensive Dining Agency) being enthusiastic about the latest MOU, there is little enthusiasm from city councillors.

Even one of the most pro-runway-extension candidates in the Southern Ward by-election, Labour’s Fleur Fitzsimons, said she would support a runway only if the council limited its expenditure to its share in the airport company (33 per cent), and then only if there was a robust business case, which so far there has not been.

But our mayor is right behind what many see as unnecessary corporate welfare in a city saddled with more than $500m debt. In China, Justin Lester said that despite Wellington being named as one of the most liveable cities in the world, “our front door to the world is closed because we don’t have a truly international airport”.

Really? So tourists don’t come here simply because we don’t have a long runway? I look forward to Mr Lester reducing unemployment by making the doors of WINZ offices narrower, reducing crime by building smaller prisons and increasing Wellington’s exports by building bigger cranes on our earthquake-munted port.

Last week I ran into a former colleague who works for a North Island tourism operation. He never mentioned runways, but reckoned the big challenge with Asian tourists is that many perceive New Zealand as essentially being the South Island with its stunning scenery – a “Switzerland of the South”.

Many of them give the North Island a miss. An extended runway won’t change that perception.

Queenstown Airport can be hazardous, is often closed during winter, has few night flights and, like Wellington, has most of its international flights coming from Australia. Yet it is going gangbusters.

Perhaps instead of extending the runway, Wellington City Council could commission a giant papier mache model of the Remarkables to stand in the background of Wellington Airport?

It’s interesting that so many of the city’s current issues – train strikes, buses not turning up, bus drivers with uncertain futures, blocked drains and dud street lighting, polluting diesel buses, and the runway extension – can all be traced back to once-efficient council and state assets being privatised.

It can’t be that hard to find something more useful than $90m of corporate welfare.