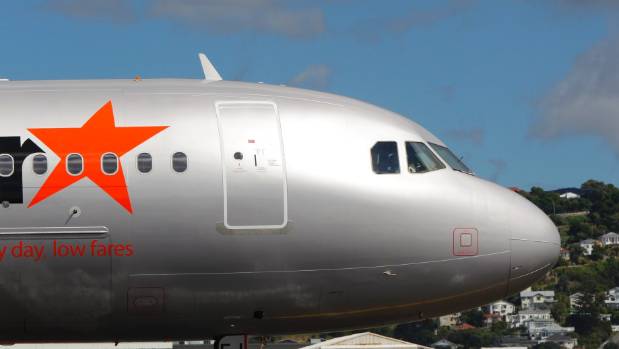 Jetstar is stopping its Wellington to Melbourne direct flight from March.

Jetstar is suspending its direct flights from Wellington to Melbourne, citing a lack of passenger demand.

It’s passengers will need to travel via Auckland or Christchurch from March 1, although Air NZ and Qantas still offer direct flights.

Those who have already booked Jetstar flights for March or later will be offered a full refund or the option of the extra stop en route.

“We launched our direct Melbourne-Wellington service nearly two years ago, however, despite continued efforts by Jetstar and local partners to promote the flights, we haven’t seen the passenger demand we’d hoped for,” a Jetstar spokesperson confirmed on Friday.

Wellington Airport is 66 per cent owned by NZX-listed infrastructure company Infratil, with the balance owned by the Wellington City Council.

Infratil has said reduced airline services and competition is a risk to the airport’s financial success.

The route cancellation will also not be welcomed by those wanting to extend Wellington’s runway, an issue which has proved contentious in the capital and the airline industry.

The airport wants to extend it south by 354 metres into Cook Strait to allow for direct long-haul flights to Asia and possibly the United States.

Air New Zealand and Qantas, Wellington Airport’s two largest customers, are against the planned extension, saying they would not use the extended runway.

A resource consent hearing is expected in March, with a decision released by June.