JUST BIGGER IS BETTER AS FAR AS TRAFFIC IS CONCERNED?

While road transport increasingly grinds to a halt in Wellington and road rage is becoming common, partly consequent on Wellington City Council’s dog-in-the-manger approach to investment in roads, the Bigger is Better philosophy is receiving ringing endorsement from local authorities with respect to the aviation and maritime shipping industries.

Much has been published on this website about Wellington International Airport’s Runway Extension Project – including an article by Dr Sea Rotmann which draws attention to the massive contribution of air travel worldwide to CO2 emissions. Maritime transport is also a major emitter.

In this respect, Wellington Regional Council should be insisting upon a proper Multi-Criteria Assessment of the proposed dredging of Wellington Harbour by CentrePort.

A Multi-Criteria Assessment would cover all dimensions of a major public investment:

With the whole to be concluded with an over-arching summary of redlines and trade-offs.

Looking at the current situation, the parallels between the CentrePort proposal and the Runway Extension Project are very interesting:

The one glaring difference is that Wellington ratepayers are not being asked to pay directly in the case of the Port.

SOME ISSUES ON THE PORT PROPOSAL THAT NEED PROPER APPRAISAL

The silt is potentially toxic:

The cost could be anywhere between $20 million and $40 million:

The proposal could have adverse effects on recreational and commercial fishing, the recreational use of Wellington Harbour and artesian water pressure and purity in Eastbourne:

Wellingtonians will pay through their rate contributions to the Greater Wellington Council and possibly also through higher ferry fares to and from the South Island:

Any possible relationship between the dumping of silt and its migration towards the unstable deep sea submarine canyons in Cook Strait seems unconsidered:

Plus a couple of challenges on ‘shifting sands’ by ‘Old Saltie’ Jim Mikoz: 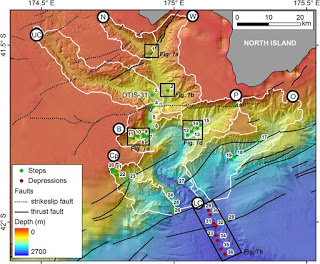 Dredging, dumping, and the moving river of shingle

Why Centreport’s dumping sites are in the wrong places

CentrePort is applying for consents to deepen the harbour to allow for ships with draughts of up to 14.5metres at the harbour entrance and the Thorndon Container Wharf.

These consents would provide CentrePort the flexibility to dredge in one stage or a series of stages, allowing the port to deepen the channel only as required, in response to the size of ships actually visiting New Zealand.

An extensive optimisation exercise was undertaken to identify the most cost effective design delivering the least amount of dredging for the best operational outcome.

As Wellington is a naturally deep harbour, no deepening is required in the main harbour basin and the overall volume proposed to be removed is less than at other ports to achieve the same outcomes.

At the harbour entrance consents are being sought that would allow the port to remove up to 6.0 million cubic metres of seabed sediment.

The proposed disposal site is off Fitzroy Bay, in water approximately 50 metres deep.  This site is a refinement of the existing consented disposal area.

The main container berth and northern approach at Thorndon Container Wharf would also be deepened, with placement of that material, up to 270,000 cubic metres, in deeper water near the berth.

Alternatives for disposal have, and will continue to be considered [hopefully].