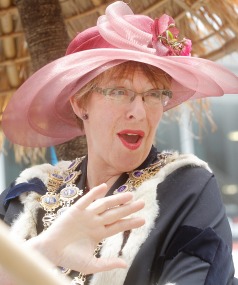 It’s amazing what the Wellington City Council gets up to. Living Wage. Supporting the airport runway extension by using overly optimistic figures. Jinxing NZTA’s plan to reduce congestion in the inner city and the Eastern Suburbs. Island Bay Cycleway. Zealandia bailout. Convention centres. Selling Jack Illot Green and the Michael Fowler carpark to build high rise buildings. The list goes on and on…

Anyway, I will focus on the rank hypocrisy of the Wellington City Council in regards to its proposed Climate Action Plan. The plan is to wage a war against the car while preaching for an airport runway extension, more long haul flights and helping their developer mates.

It is unbelievable that the Green Party is staying quiet about it [Ed: they are not. David Lee and Sarah Free have both come out in public against the extension]. Maybe only the Greens are allowed to massively increase emissions and destroy a marine reserve while saying they’ll do the opposite! Anyone else who does the same thing would get roasted by them and their supporters.

One of them (proposals) is a new plan to make Wellington a “low carbon capital” through initiatives designed to cut carbon emissions by 80 per cent by 2050, relative to 2001 levels.

Those initiatives include phasing out a rule that makes off-street parking a requirement of new developments, and re-allocating 100 car parks across the city for car-sharing and electric vehicle charging stations.

What does this mean for us?

If elected members of the Wellington City Council wants to know how to get people onto public transport, I’ll give them a hint. Build proper public transport infrastructure, and run fast and frequent services. It does not include the transit lane/cycleway proposal for Hutt Road which would only make bus services 30 seconds quicker while cyclists still have to dodge cars going in and out of driveways. Most of the gains are from the removal of a bus stop. Again, the increase in congestion from removing two lanes for single occupant vehicles will obliterate any gains made by people shifting from cars to bicycles or buses. Not to mention people who work along Hutt Road may consider using their cars if they lose their closest bus stops.

I’ll give one more piece of sustainability advice. Moving people from walking or public transport, onto bicycles will not reduce our carbon footprint. I imagine that the Green bloc of the council is well aware of that. Either that or their party is filled with thickheads or cycling zealots.

To Celia, I strongly recommend you to get on your bike and ride a very, very long way away from Wellington. As Ian Apperley said, climate change is rather like a glass house. A dangerous place to be throwing stones. Perhaps it is time you step down and let someone else deal with climate change in a more pragmatic manner.

©2022. Guardians of the Bays Incorporated. All Rights Reserved.